Vladimir Korovkin participated in the BRICS Smart Cities Forum in Jaipur, India, organized within the Indian chairmanship in the BRICS organization. The event attracted more than 50 participants from all BRICS countries, representing the leading Universities and research centers. They presented over 20 research papers on the issues of urban and regional development. Among the Russian participants were also the representatives from the Far-East State Federal University (Vladivostok) and the government of Moscow.

SKOLKOVO’s paper was discussing the results of the “Index of Digital Life of the Russian Cities” research project carried out by SKOLKOVO IEMS in 2014 and 2015. Comparing the results of the two waves of research allows to capture important dynamic trends in digitalization of the Russian cities. The presentation focused on the rapid growth of digitalization (the index value increased on average by 50%), which was driven mostly by consumers’ demand. The supply was largely lagging behind, due to the overall economic stagnation. The Russian regions generally are slow to produce strong local digital market players, in this aspect Russia is different from other BRICS countries. E. g. all top-10 Russian e-tailers are headquartered in Moscow, while in India only 7 of top-10 come from New Delhi and adjacent Gurgaon and in China only 3 of top-10 are Beijing-based.

Key issues discussed at the forum were also the sustainable development and social inclusivity of the cities. An important focus was made on the issue of the “digital divide” between cities and rural areas with the introduction of the concept of Smart Village to bridge the gap. 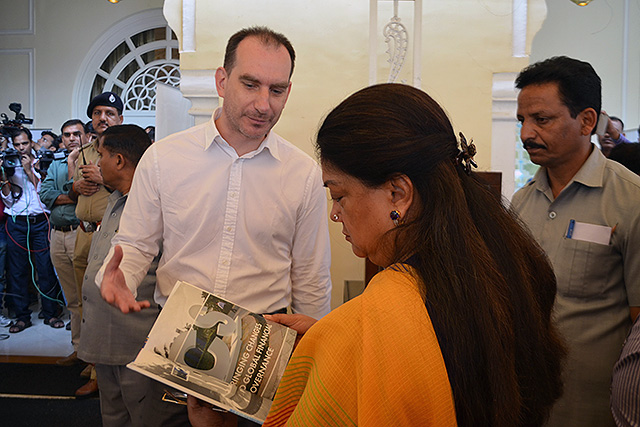